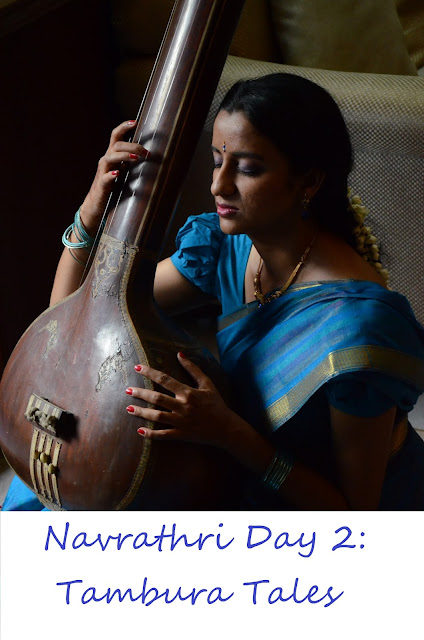 She sat down cross legged and smoothed out the wrinkles on the sari. It had been more than a decade since she had picked up the tambura. Her fingers ran over the slender neck and the chillness of the metallic strings made her shudder gently. She placed it on her lap and plucked the strings slowly. Sa pa sa, her mind sang and she drifted back to some bittersweet memories. 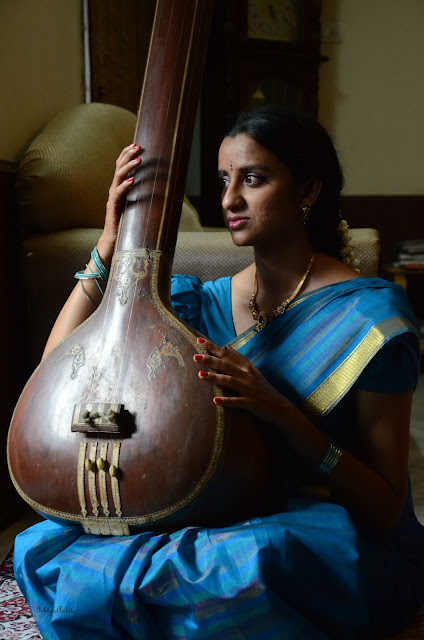 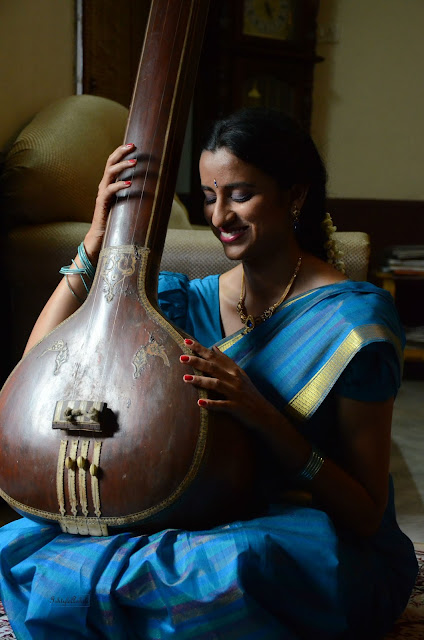 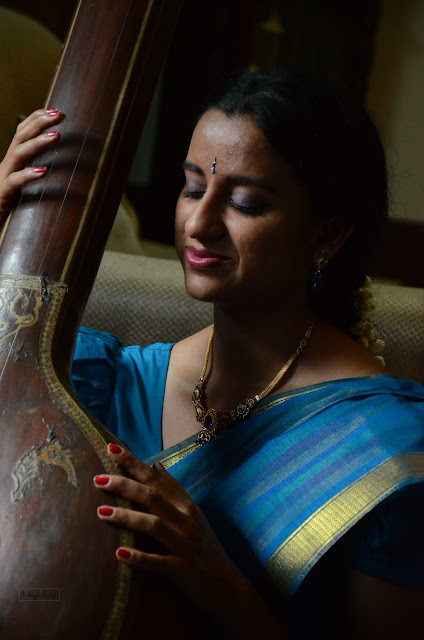 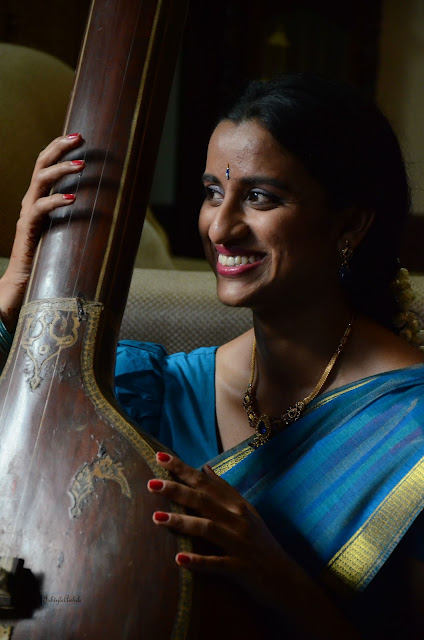 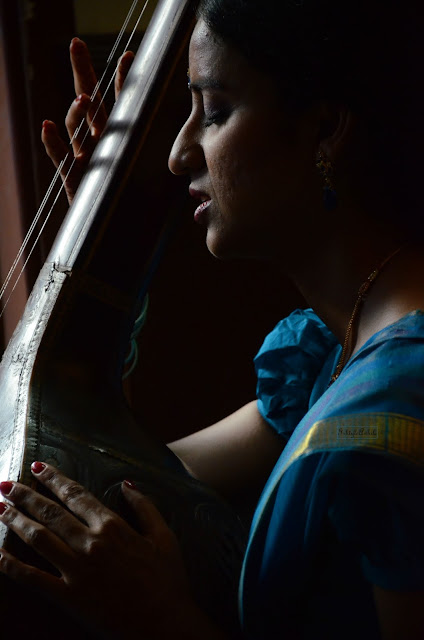 Coming from a family that was deeply immersed in Carnatic music, it was natural that her grandparents and the entire family expected her to have this talent naturally within. However she was the abaswaram in a harmonious family. Even her younger brother could recognise some basic raagas without having ever gone to class. She was convinced it was those music classes that had turned her away from singing forever. How she detested being forced to sit and learn arohanam and avarohanam. Distinguishing between Kalyani and Mohanam was really not her thing. Her heart beat with the taalam. She could distinguish between Misra Chapu and Kanda Chapu in a second. Her feet moved to it. All she wanted to do was dance.

*cough cough*, The photographer cleared his throat dispersing her thoughts and bringing her back to the present. “Madam, shot over. We can go to the next location.” 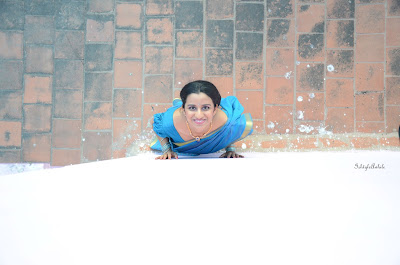 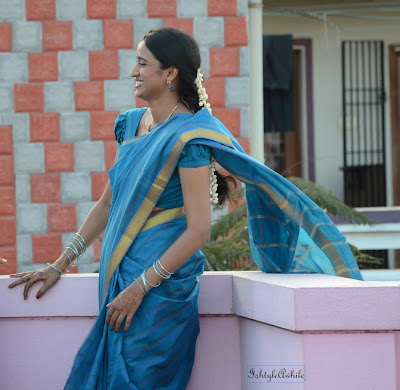 She got up, straightened her royal blue sari. This was a gift that her mother had gotten which she had flicked almost immediately. Keeping with her patented style of a puff sleeve blouse, she accessorized it with matching blue stone necklace and earrings. For makeup, a simple peachy brown lipstick complemented her bluish purple smokey eye. The look she was going for was a traditional reception makeup. She had never felt more Tam Bram. As the wind playfully tugged at her pallu, she tucked her hair behind her ears, hummed ‘Ninu kori’, and smiled.